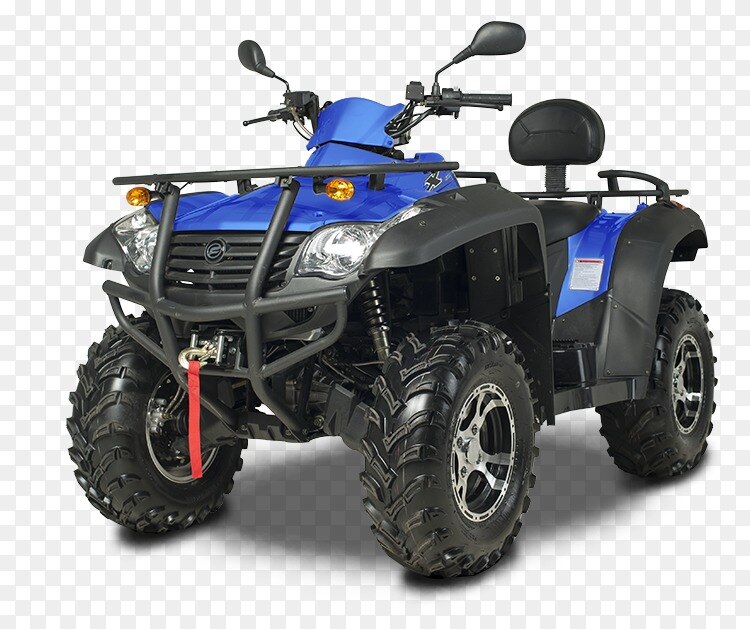 ATV (ATV) is a kind of ORV (non-road vehicle). Its full English name is All Terrain Vehicle, which means "a vehicle suitable for all terrains" in Chinese. In the European Union and the United States, ATV and UTV, BAJA, Go-kart, off-road two-wheeled motorcycles, etc. are collectively called ORV (non-road vehicles). China's official organization is called four-wheel all-terrain vehicles, and has formulated its production standard QC/T760-2006 "General technical requirements for four-wheel all-terrain vehicles."

The ATV is an all-terrain vehicle—All Terrain Vehicle is abbreviated as the common name of ATV, also known as "all-terrain four-wheel off-road locomotive." In the European Union and the United States, ATV and UTV, BAJA, Go-kart, off-road two-wheeled motorcycles, etc. are collectively called ORV (non-road vehicles). ATV A vehicle that can travel on any terrain and can walk freely on terrain that is difficult for ordinary vehicles to maneuver. The vehicle is simple and practical, has good off-road performance, and generally has no canopy in appearance. In fact, it is very difficult for us to express it with a simple Chinese name; according to its appearance, it is reluctant to translate it into [all-terrain four-wheel off-road locomotive], which feels very awkward. Domestically, it has been called [ATV], which is wrong. On soft sand, the ATV's large tires increase the contact area with the ground to generate greater friction. With unique tread patterns, the tires are not easy to slip and run on the sand; therefore, the misunderstanding is called [ATV] . ATVs with good quality and excellent performance can not only travel on beaches; riverbeds, forest roads, streams and even harsher deserts can be easily overcome. Carrying people or transporting goods makes the ATV function to the fullest... it can be called an all-powerful tool of action. So, please don't call it "ATV" anymore. It is an excellent means of transportation and one of the great inventions of mankind. Only limited by the local environment, otherwise it will be one of people's best companions, so call it ATV! 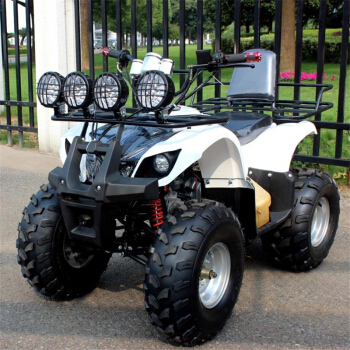 For newly purchased ATVs, what users most urgently need is how to judge whether it is in good technical condition? What is its identification standard? In order to facilitate users to correctly identify and judge when purchasing ATVs, a brief introduction is now provided for reference.

1. Starting performance. After the newly purchased ATV is filled with gasoline and engine oil (refers to two-stroke vehicles, separated lubrication type) and all starting preparations are ready, the starting method is correct. A good-performance ATV should be able to operate at -10℃～+30℃ Start the operation under the ambient temperature, and the start time is not more than 15 seconds. Otherwise, it indicates poor starting performance.

2. Running performance. After the engine is started, warm up for 3 to 5 minutes (the specific warm-up time may depend on the local ambient temperature: generally a little longer in winter and shorter in summer). The engine should run smoothly at idling speed, its speed should not be high and low, and the sound is soft and there is no obvious noise, which means that the engine idling conditions are normal. At this time, you should listen to the meshing sound of the crankcase (that is, the gearbox) and the transmission parts. The response is slight, there is no noise, and the power transmission is correct and reliable. The operation should be stable, no abnormal noise, good power performance and acceleration performance, normal fuel combustion, and no overheating of the engine. After parking, touching the right cover of the crankcase should not be too hot. The temperature of the engine oil measured with a thermometer should be below 85°C. After restarting, the engine should run smoothly at idling speed, and only allow the monotonous sound of mixed gas combustion explosion. Loosen the throttle handle after urging the throttle, and the engine must not stall. 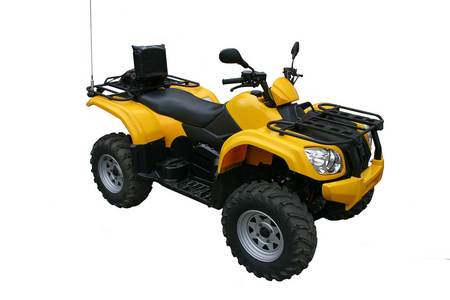 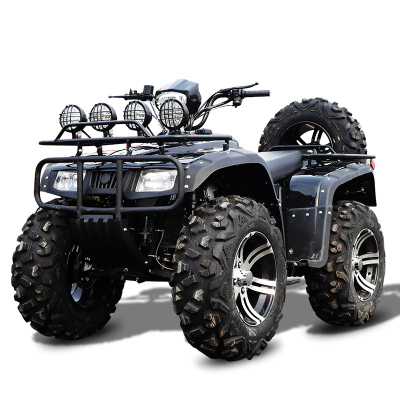 5. The shock absorption effect of the ATV. In order to alleviate and attenuate the impact and vibration of the ATV during the driving process due to the unevenness of the road, ensure the smoothness and comfort of the driving, and help improve the service life of the ATV and the stability of the handling, the ATV is equipped with Shock absorber device. When purchasing, the driver can ride on the ATV and deliberately choose the uneven road to drive. If there is a strong sense of vibration, it indicates that the ATV has poor shock absorption performance; if the driver only feels slight fluctuations without obvious vibration, it indicates that the ATV has a good shock absorption effect.