How to go about cross-border e-commerce of glasses? 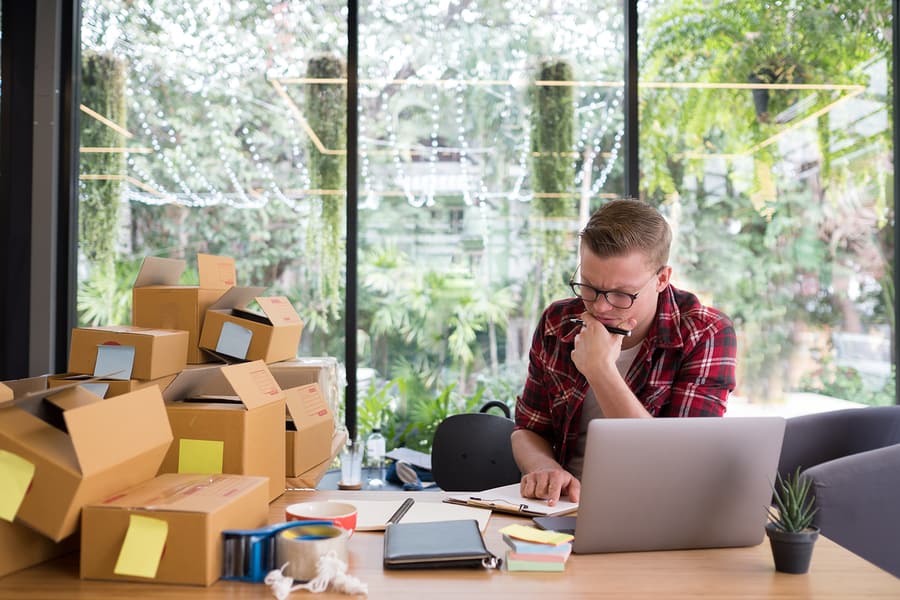 For many cross-border e-commerce companies of glasses, third-party platforms such as Amazon, eBay, and Wish are the preferred operating modes for companies to go overseas. Problems such as the decline of traffic bonus advantages have emerged, and more and more cross-border sellers have realized the importance of building an "independent station".

Warby Parker, an independent station brand that will be successfully listed in 2021, is one of the best. This glasses brand, which is regarded as the originator of DTC (Direct-To-Consumer, direct-to-consumer), has a market value of US$6 billion; the largest glasses line in the Middle East The e-commerce company Eyewa also successfully raised $21 million in its Series B round last year.

TIJN (Taiwan Trend) is a Chinese cross-border e-commerce company and the "hidden champion" of glasses and other categories in recent years. After it started overseas business on the Amazon platform, it gradually entered the branding attempt from the platform seller. In 2016 TIJN established the TIJN Eyewear website. In 2019, TIJN also ranked among the top 50 of Facebook's "China Rookie Brands Going Overseas". In July 2021, Baidu will invest in it through its venture capital firm.

The success of TIJN lies in: New Marketing + Supply Chain Management. It has successively taken the following steps:

In addition, TIJN, which started as Amazon, has a mature supply chain and is capable of informatizing and digitizing management, and has developed many matching management systems. Beginning in 2019, TIJN started a process of diversification and sold a wider range of products, including accessories, bags, cosmetics, etc. The core products are still glasses.

TIJN also reaches its target audience through social media. Among various channels, about 20% of the people who entered the TIJN official website through social media and user referrals, and 39% of users who searched spontaneously, have become two important sources of traffic.

INMIX from online to offline to online

In May this year, INMIX Yinmi Glasses received millions of dollars in financing, established an independent station overseas, and went overseas smoothly. Yinmi was initially sold on domestic e-commerce platforms, and it was one of the earliest glasses e-commerce companies. After the business expanded, it began to open offline stores in many cities.

In August, the overseas official website of INMIX was officially launched. Here is a brief introduction to the operation of the independent station after the INMIX brand went overseas. First of all, in the sales categories of INMIX, environmental protection and blue light blocking products are unique. In terms of environmental protection, INMIX uses innovative biodegradable cotton-based acetate to make a series of environmentally friendly glasses, which have the lowest DEP content and can be decomposed in about half a year; in terms of functionality, INMIX's blue light blocking technology uses a unique polymer embedded In the lens material, it can block 98% of harmful blue light and 100% of ultraviolet rays.

Next, is the current situation of INMIX in terms of customer acquisition channels. Since the official launch of INMIX's website in August, the total number of visits in the past six months is 783,153. In terms of traffic by country/region, Indie Station chose the United States and Hong Kong as its key development markets.

Independent stations are independent of the platform, and have advantages that the platform does not have, as well as their own disadvantages. Lensmart is an independent eyewear station brand from Wenzhou that has been established for less than a year. It specializes in optical frames and also provides glasses. The current daily sales are about 10,000 US dollars. After Wu Hao, the head of Lensmart, decided to do cross-border sales, he made up his mind not to sell on third-party platforms. In Wenzhou, where the traditional eyewear foreign trade industry is concentrated, there have been more overseas companies like Lensmart that try to build their own stations without doing OEMs in recent years.

In his opinion, the independent station is more free than the platform, and the customer orders can also be higher, but a lot of money needs to be invested in the early stage. If there is not enough capital, it is recommended not to enter the independent station. He believes that the number of eyewear companies that choose to be independent stations in the future may not increase soon. Whether it is capital investment, operational difficulty or traffic acquisition, with the gradual increase in customer acquisition costs, the difficulty will increase, and the later players will enter the game. will be harder to succeed.

Lin Sudan, president of Wenzhou Optical E-commerce Industry Association and head of China (Ouhai) Cross-border E-commerce Park, believes that the future of the independent station will be more open. It is not restricted by the platform and has a high degree of freedom. Accumulate private domain traffic of independent stations, and then develop into highly viscous customer resources. However, the independent station itself has no traffic, and the initial customer acquisition cost is relatively high, unlike Amazon and other platforms that come with their own traffic pools. How to operate, promote and attract passenger flow is very demanding for independent stations.

It is not easy to do an independent station, but it has its own broad development space overseas. Youzan, who provided a solution for building an independent station, said that although the penetration rate of e-commerce in the United States and Europe is increasing rapidly, in fact, there is no centralized e-commerce platform. Overseas, the traffic structure of e-commerce is very decentralized and diversified, including social media, social media, video, email, search engines, and blogger alliances.