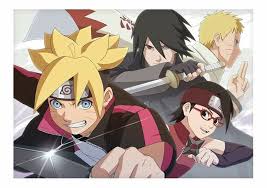 "Bo Man Chuan - Huo Ying Next Generation" (After the "Naruto" was completed in November 2014, the Naruto serialized on the "Weekly Junior Jump" in the first week of each month since December 2016 After the comics, the author is the novelist Xiaotai Kuan Jingjing (who assisted in the production of "Naruto Theatrical Edition: Bo Ren Chuan" script) and the assistant of the original manuscript of the book, Chiba Hiroshi, and the original author Kishimoto. I will supervise the script. In the form of a monthly magazine, after the end of 35 consecutive words in the weekly juvenile jump (28 issues), I announced that the reprint will continue to be serialized in the V Jump September issue. 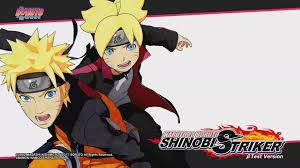 The main axis of the story is that after the end of the "Naruto" for more than 10 years, and the whirlpool Naruto became the seventh generation of Naruto, how the eldest son, the actor, the whirlpool blogger and his new generation of ninjas have come out differently in the era of modernization. Forbearance in the protagonists of the previous generation.

On April 5, 2017, the animation of the same name was broadcast on TV TOKYO. But the story is from earlier than the comics, starting with the bloggers when they first attended the Ninja School. In addition, there are also derivative novels and games listed. The Chinese version of Taiwan is issued by Dongli Publishing House, and the Chinese version of Hong Kong is issued by the official website.

Mr. Ikei, who is in charge of painting, recently received a foreign media interview (February 2019) and talked about the length of the series of "Bai Ren Chuan - Huo Ying Next Generation -" series: My first task is to complete the entire story of "Bao Ren Chuan". That is to say, I will not extend the story too long. Because the biography "Naruto" already has a story of 72 volumes, I want to complete this story within 30 volumes to ensure that the entire Naruto legend is within 100 volumes. 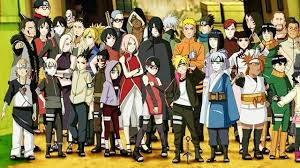 The initial beginning was the end of the "Naruto" serialization, the original author Kishimoto said that "Naruto" will be interesting to redraw by others." After Ji Yingshe requested to write for the sequel to "Naruto", Kishimoto responded: "Because I have painted it, I don't paint it. If I want to draw it, I will hand it over to Ikebukuro." So, for a long time, as an assistant to Kishimoto, I have been working as a painter. Kishimoto served as the original supervisor.

The script continues to be co-edited by the animated film "Naruto Theatrical Edition: Bo Ren Chuan" produced before the official finalization of the plan. It is also responsible for the novel version of Xiao Taidao, Jing Jing. The story begins with the revision and the changed theatrical story. After the TV animation, the story of the Ninja School was added at the time before the film and comics, and the story of the animation was also described in the novel.