Ford officially released the official pictures of five Bronco concept cars. These models were developed to celebrate the 55th anniversary of the birth of the Ford SUV to emphasize the outdoor characteristics of the SUV. 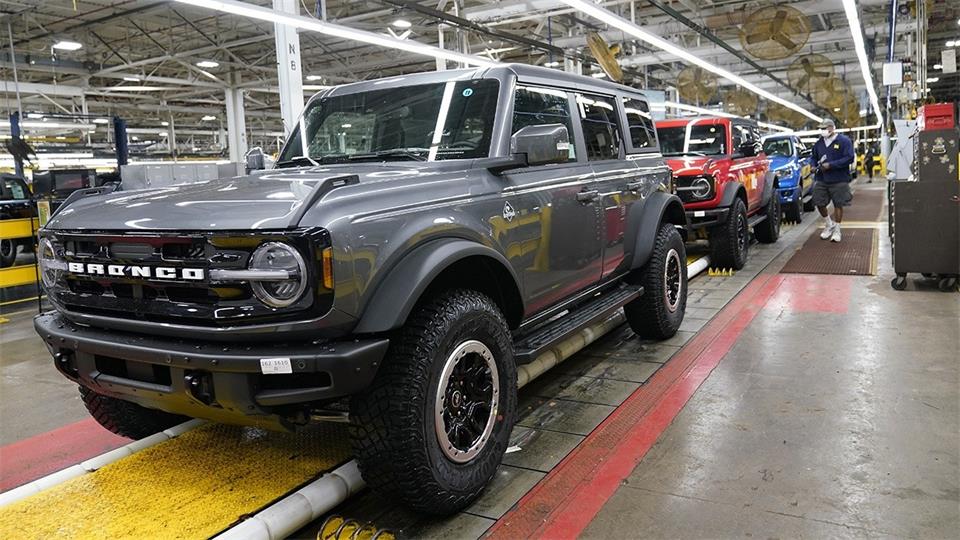 The Trail Rig concept car is a two-door SUV developed on the basis of the Bronco Badlands version. From the appearance point of view, the overall shape of the new car is square, and the hood of the new car is also a regular line. The circular headlight set extends to the central grille to extend the light band, and the word "Bronco" is embedded in the middle of the air intake grille. In addition, it can be seen from the official map that the doors of the new car have a hollow design, and the side/tail windows and roof are detachable. The roof is also equipped with a Yakima frame, which is very hard-line. 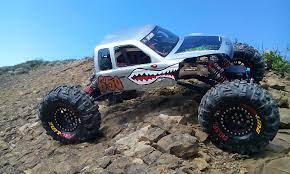 It can be seen from the official map that the overall design of the vehicle is relatively simple, with comprehensive off-road functions, such as a winch with 10,000 pounds of pulling force, and all-weather foot pads inside. At the same time, the new car expansion kit also has sandboards, spare fuel tanks, etc., which further enhances the car's off-road capability, making people want to go outdoors immediately after getting the car.

The second concept car is positioned as a four-door SUV, developed based on the fishing concept. As the name suggests, it is a model designed for amateur and professional anglers, and can accommodate fishing rod holders and Yakima roof racks. At the same time, the first row of the new car is equipped with a soft top, which can provide an open-air experience. At the same time, it is equipped with a safari bar and auxiliary lighting, so that you can have a party in the wild at any time. 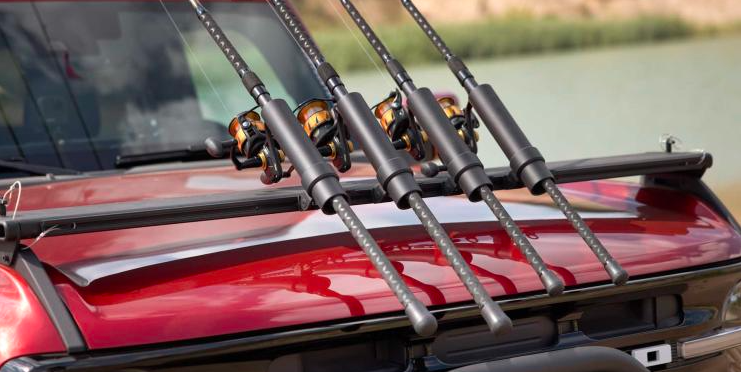 Since the above two concept cars are developed based on Bronco, the power will be extended with a 2.3T EcoBoost four-cylinder turbocharged engine with a maximum power of 270 horsepower and a maximum torque of 420 N·m. In addition, the new Ford Bronco also provides a 2.7T V6 engine for selection. The maximum power is 310 horsepower and the maximum torque is 542 N·m. The transmission system is matched with a 7-speed manual transmission (6 driving gears + 1 dedicated climbing gear) and a 10-speed automatic transmission.

The third concept car is developed based on Bronco Sport. It can be seen from the appearance that it is different from the hardcore-oriented, non-carrying body of the Bronco. The overall design of the new car in the picture is more individual, but it looks relatively petite. The front of the car also uses a hardcore square shape, and also does not use the Ford LOGO, but directly uses the Bronco wording.

It can be seen from the official map that the new car expansion kit also has Yakima equipment, including off-road jacks (commonly known as monkey climbing poles) and axe brackets, rescue equipment brackets, off-road gear brackets and roof racks. At the same time, the expansion package also provides an oil tank and a recovery board, as well as upgrades in the lifting kit (the height above the ground is increased by one inch on the basis of the original car, or 2.54 cm), the front bar and the LED off-road lights. The fourth is the Bronco Sport Tow RZR concept car. It is also a wasteland player like the third concept car. The car is a Class II trailer under Ford's. It can tow the Polaris RZR XP Turbo1000 through a trailer package. This new car is also equipped with Yakima luggage racks and baskets to meet additional storage functions in the wild.

The fifth concept car is named Bronco Sport Off-Roadeo Adventure Patrol, which is also specially equipped based on the wasteland scene. It is worth mentioning that the car will become a passenger car for Off-Roadeo owners to experience activities in the future. To understand Bronco, we must start from 1941. That year, Ford designed and manufactured the first off-road vehicle WWII GP, and put it into use on the battlefield of World War II. Since then, Ford has continued to optimize and update this model. After the war in 1965, Ford President Donla Frey released the first Bronco in the true sense, and since then opened a two-door hardcore SUV series that lasted for 30 years. In 1978, Ford released the second-generation Bronco, which was significantly longer and wider, based on the F150 pickup chassis. In the ensuing 80~90s, Bronco successively introduced 3 generations of improved models. In the late 1990s, there was less and less demand for two-door SUVs. In 1996, Ford launched the four-door Expedition and Bronco officially ceased production.

Entering the 21st century, from 2000 to 2020, the Ford Bronco series has no more actions except for a concept car. Fans who love two-door hardcore SUVs have been waiting for this for 25 years. As SUVs become hot again, Ford North America R&D is also completely biased towards SUVs, and it is logical to revive Bronco. As a result, the 4X4 hard-core off-road vehicle, which combines retro and modern, has officially returned.