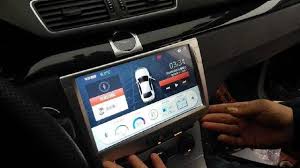 The electronic compass is an important modern navigation tool, which can be used in many occasions. The internal structure of the electronic compass is fixed, there are no moving parts, and it can be easily interfaced with other electronic systems, so it can replace the old magnetic compass. And it has been widely used due to its high precision and good stability. The company's semiconductor device KMZ52 is a two-dimensional magnetic field sensor specially used for electronic compasses. It uses the magnetoresistance (MR) technology of the magnetic field sensor, and uses the flip technology to eliminate the signal offset, and the electromagnetic feedback technology to eliminate the sensitive drift of temperature. Due to external interference, the system integrates several special anti-interference technologies to improve system accuracy. 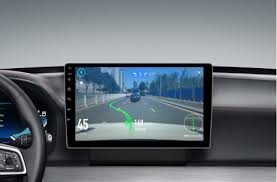 Z1 and Z4 are flip coils, and Z2 and Z3 are compensation coils. Since the ambient temperature may affect the accuracy of the system, in a high-precision system, it can be compensated by a compensation coil. There are two orthogonal magnetic field sensors inside? Corresponding to the X-axis and Y-axis of the two-dimensional plane. The principle of the magnetic field sensor is to use magnetoresistance (MR) to form a magnetic structure, which can change the resistivity of electromagnetic materials in an external magnetic field. In order to load the reversal electrical signal on the reversal coils Z1 and Z2 of the magnetic field sensor, it can generate a changing magnetic field. Since the changing magnetic field will cause the magnetic resistance change (ΔR) 0 and convert it into a changed differential voltage output, in this way, the corresponding two-axis signals can be read separately according to the principle that the size of the magnetic field is proportional to the output differential voltage. Then perform processing calculations to get the deflection angle. The entire electronic compass system is mainly composed of a sensor unit, a signal adjustment unit (SCU), a direction determination unit (DDU) and a display unit. The overall design block diagram of the electronic compass is shown in Figure 2. In Figure 2, the magnetic field sensor KMZ52 is used to convert the terrestrial magnetic field signal into electrical signal output, and the signal adjustment unit is used to proportionally amplify the output signal in the magnetic field sensor unit, and convert it into appropriate signals hex and hey, and eliminate them at the same time. The offset of the signal. For ensuring the accuracy of the system, the SCU is the most important component. Through the DDU, the two signals hex and hey output by the signal adjustment unit can be amplified, and then the deflection angle α can be calculated by the following formula: α=arctan?hey/hex  so that α is processed according to the anti-interference technology algorithm. The deflection angle of the magnetic field is finally output through the display unit.

Compared with the traditional pointer type and gimbal structure compass, the electronic compass has low energy consumption, small size, light weight, high precision, and can be miniaturized. Its output signal can be processed to achieve digital display. Directly sent to the autopilot to control the maneuvering of the ship. The three-axis strapdown reluctance digital magnetic compass is widely used. This kind of compass has the advantages of anti-shake and anti-vibration, high heading accuracy, electronic compensation for interfering magnetic fields, and can be integrated into the control loop for data link. Therefore, it is widely used in aviation, aerospace, robotics, navigation, vehicle autonomous navigation and other fields. 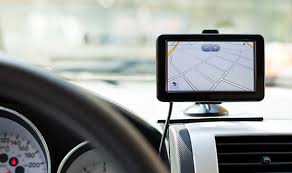