What is the difference between Bluetooth transmitter and receiver 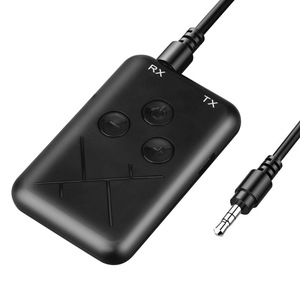 The development of Bluetooth technology changes with each passing day, but there are still many products that do not have Bluetooth functions, such as desktops, TVs, and stereos. However, the convenience of wireless is indeed irreplaceable. If you have used wireless products, you will know how cumbersome wired things are. Now there are Bluetooth transmitters and receivers. You can add Bluetooth functions to countless products in just one step. Not only the TVs, computers, but also various products including projectors and cars mentioned above, as long as they have an AUX interface (3.5 mm socket) can be used.

As the name suggests, the Bluetooth transmitter is used for devices at the transmitter, such as desktop computers and TVs. Just plug in the Bluetooth transmitter and instantly become a Bluetooth product without installing any software. Equipped with an audio cable with 3.5mm plugs at both ends, one end is connected to the computer, the other end is connected to a Bluetooth audio product. When you use this product on an old desktop computer, you will feel the resurrection of the old product, just at the moment of connection. . 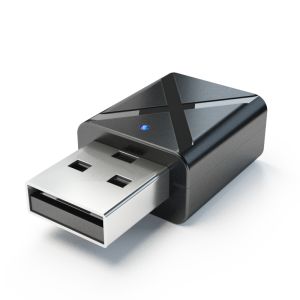 The same is true for the receiver, which is used for the equipment at the receiving end. This is also widely used. All audio, earphones, and other playback devices, Bluetooth receivers can turn them into wireless devices. For example, there is a headset you like, but now many mobile phones do not have a headphone jack, or the home audio is connected to the mobile phone and needs to be connected. It is very troublesome. If you want to listen to the songs on the mobile phone when you drive out, you have to plug in a cable. At this time, such a model The product comes in handy. The Bluetooth receiver turns all wired playback devices into wireless. It is not only a rescue of the old equipment, but also a new way to welcome the future.

In these three methods, no matter what your original audio format is, the audio will be re-encoded into a low-bit-rate compression format before transmission, re-encoded into PCM at the receiving end, and then output.

Both SBC and AAC only support 16bit 44.1KHz, and the bit rate is also similar, but AAC can theoretically obtain better compressed sound quality due to different encoding methods.

aptX can be roughly divided into two types, one is ordinary aptX, and the other is aptX Lossless, which was released only a few years ago. The former has a maximum bit rate of 352Kbps, which is lossy compression as well as SBC's 320Kbps.

aptX Lossless is an approximate lossless compression technology. The principle is similar to encodings such as MP3 or AAC. The difference is that other lossy compression formats will compress all sampled audio signals, and aptX Lossless will only perform lossy compression on some of them. , The other part is losslessly compressed, up to 24bit 96KHz, the bit rate is temporarily unknown, but it is estimated that it will not be too high, because the official only cautiously stated that aptX Lossless allows users to experience CD-quality audio through Bluetooth. 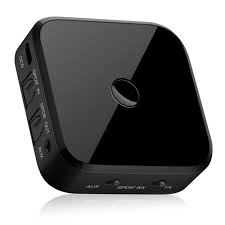 Finally, we must invite the black technology: LDAC.

LDAC is Sony's proprietary protocol. It first appeared on the ZX2 player, and then it will be carried by the MDR-1ABT headset and SRS-X33 and SRS-X55 Bluetooth speakers.

What is a Bluetooth transmitter for car

Can I use Bluetooth receiver as transmitter

How does a Bluetooth transmitter work for TV

What is the difference between receiver and transmitter