What is the function and principle of a surge protector? 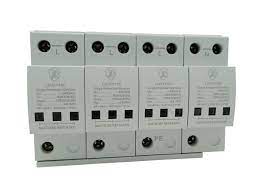 Surge, also known as surge, surge, refers to the peak value that exceeds the stable value instantaneously, including surge voltage and surge current 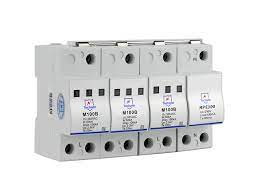 Surge Protective Device, English name Surge Protective Device, SPD for short, is an electronic device that provides safety protection for various electronic equipment, instruments and communication lines, and is mainly used to limit overvoltage and discharge surge current. Surge protectors are generally connected in parallel with the equipment to be protected. When an overvoltage is generated, it can have the effect of shunting and limiting voltage. Prevent excessive current and voltage from damaging the equipment.

Although the working principles of the discharge gap and the varistor are different, the basic characteristics are very similar: when there is no overvoltage, their impedance is very high, generally at the megohm level, which is almost equivalent to an open circuit. When an overvoltage occurs, the impedance quickly drops to a few ohms, and the surge current will flow into the ground through the surge protector without entering the equipment. At the same time, because the impedance of the surge protector at this time is very small, its two The voltage is also relatively small, and because it is connected in parallel with the protected device, it prevents the device from withstanding a large surge voltage. This has the effect of draining and limiting pressure

Surge protection device (Surge protection Device) is an indispensable device in the lightning protection of electronic equipment. It used to be called "lightning arrester" or "overvoltage protector" in English abbreviated as SPD. The instantaneous overvoltage into the power line and signal transmission line is limited to the voltage range that the equipment or system can withstand, or strong lightning current is discharged into the ground to protect the protected equipment or system from impact and damage.

The type and structure of the surge protector are different for different purposes, but it should at least contain a non-linear voltage limiting element. The basic components used in surge protectors are: discharge gap, gas-filled discharge tube, varistor, suppression diode, choke coil, etc.

In the most common surge protectors, there is a component called Metal Oxide Varistor (MOV), which is used to transfer excess voltage. As shown in the figure below, the MOV connects the live wire and the ground wire together. 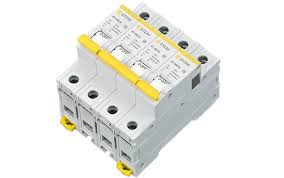 MOV consists of three parts: in the middle is a metal oxide material, and two semiconductors are connected to the power supply and ground.

As the excess current is transferred to the ground wire through the MOV, the live wire voltage will return to normal, causing the resistance of the MOV to increase again rapidly. In this way, the MOV only transfers the surge current, while allowing the standard current to continue to power the equipment connected to the surge protector. For example, the MOV acts like a pressure-sensitive valve, opening only when the pressure is too high.

More blogs
"What is the function and principle of a surge protector?"的评论